James Gunn
"Murn After Reading" is the sixth of the HBO Max series based on the DC Comics character Peacemaker. It aired on February 3, 2022.

Murn chases Leota outside, but despite this, he promises not to hurt her, as Emilia shows up. Emilia reveals that she actually knew Murn was a Butterfly, and decided they all need to talk.

Inside, Emilia admits she’s known for a while about Murn, all the way back to when he took a bomb blast to the face and barely took any damage.

Murn reveals that he has a lot of Butterfly knowledge and shares some of it now. Which includes how these butterflies came to Earth because their own planet was dying. The one in Goff was actually their leader but while things were okay for a while, he got ambitious and decided to start taking hosts from positions of power. In order to stop them, this Butterfly took the body of the worst person it could find – Murn. This Butterfly understands exactly what it has done, showing a slick of empathy. However, this was a necessary evil in order to stop the overarching Butterfly plot.

With Leota onboard for now, and promising not to tell Amanda Waller too, the gang sift through security footage from the plant. They quickly realize that every three days a tank of raw amber is brought in but don't know from where.

Meanwhile, Auggie is released from prison. He’s lusting for blood and turns his attention to killing Peacemaker. However, Song is already on Peacemaker's trail, and she prepares to launch an offensive to search Peacemaker’s trailer and arrest him. When Caspar Locke notices all the officers leaving, he rings Murn and tells him they have a problem.

At Peacemaker’s trailer, Vigilante shows up and the pair notice in awe that Goff has drawn a peace symbol. As they begin asking the Butterfly Yes or No questions, the police close in. Thankfully Murn manages to get through to Vigilante, and the gang leave out the roof. Although they manage to get away, the police also find the diary Leota has stashed.

Song notices Eagley up on the roof partly thanks to Peacemaker whistling for its attention and begins checking through the woods for the pair. Unfortunately, everything goes awry. Vigilante falls out of the tree, the glass jar holding Goff smashes into pieces and the butterfly ends up inside Song.

While she convulses on the floor, blood dribbling out her mouth, Vigilante and Peacemaker run for their lives. They manage to evade all the police but as they’re cornered by a solitary officer, Caspar Locke shows up and kills him in cold blood, saving the pair of superheroes and telling them to leave.

Song is fine, of course, and she takes off, ignoring Fitz, and deciding she needs to call some “friends.” Fitz follows her and finds Song on the work computer, clearly communicating with other Butterflies. Goff does confirm that Sophie was “quite fond of him” and attempts to smile.

However, Goff manages to bring in a whole swarm of Butterflies to his cause, who all touch down in mini UFOs. Now with several Butterflies at his disposal, Goff storms back into the police station where they control all of the police officers.

Not only that, they also control all the prisoners too, who all leave the station at the same time. However, White Dragon’s not there given he’s at home with his devout followers, who help put his armour on.

When Peacemaker returns to base, the truth about Goff escaping is unveiled. Murn is shocked and confirms that the diary (the same one Leota planted in his apartment) is with their men. It’s with Caspar to be precise, who locked it in his desk drawer.

Later, Economos chirps up, confirming that he’s found where the amber oil originates from and it turns out to be Coverdale Ranch. If they could destroy the food source, it could wipe out all the other Butterflies. It seems this could be where the “cow” originates from. This is their large animal; the only one on the planet that they milk for amber.

Peacemaker is incredulous over the knowledge being hidden from him, and scoffs at the notion of them being a team. Murn’s secret remains that way, as he tells the team they’re heading out at daybreak for the Ranch.

As the gang prepare to mobilize, Caspar Locke holds a press conference on TV, which throws all of their plans completely out the window. He reveals the truth about the aliens and also confirms that every police station right now has one mandate, which is to find Peacemaker. 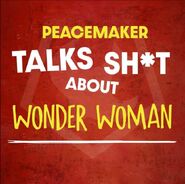 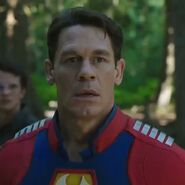 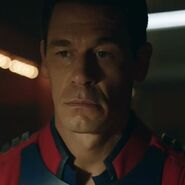 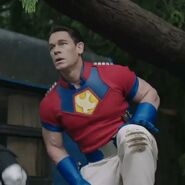 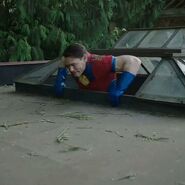 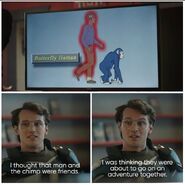 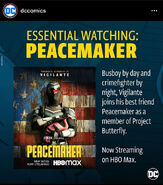 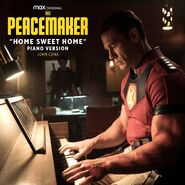 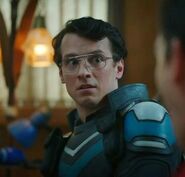 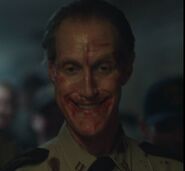 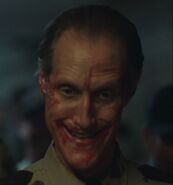 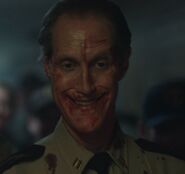 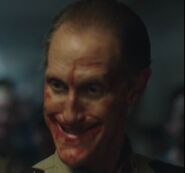 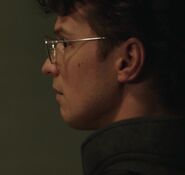 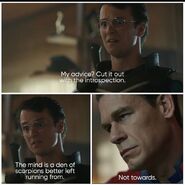 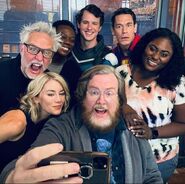 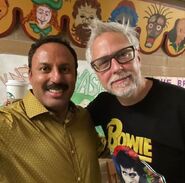